Kansas City, MO, Kansas City, MO, Sept. 16, 2021– The unique mastery of Vincent van Gogh takes center stage at The Nelson-Atkins Museum of Art in Kansas City with a free, focus installation featuring three works from the museum’s collection that will be on view in the Bloch Galleries through mid-January, 2022. Van Gogh: An Evolution in Color highlights Van Gogh’s changing palette and evolution in his understanding and application of color. It was designed to overlap with the large-scale, multi-sensory experience Van Gogh Alive at Starlight Theatre, which opens Oct. 23 and runs through Dec. 31.

“This installation is the perfect complement to the Starlight experience, which is a vibrant, digital journey,” said Julián Zugazagoitia, Menefee D. and Mary Louise Blackwell CEO & Director of the Nelson-Atkins. “Visitors in our galleries will be able to intimately see the mastery of Van Gogh’s work in the original.” 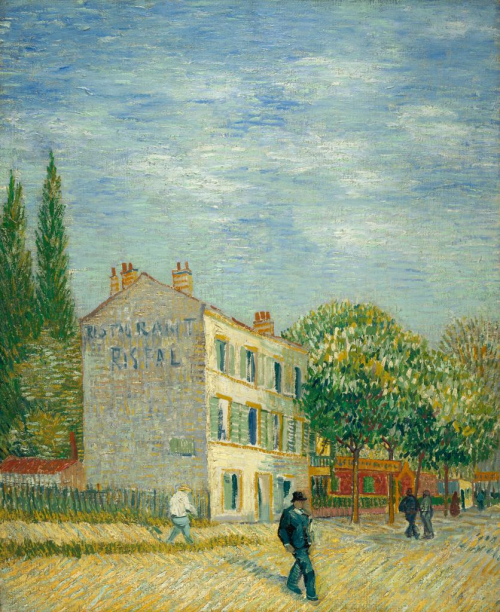 Van Gogh was obsessed with color. Yet not all his paintings are vivid and bright; they shift as he moved from the moody landscape of the Netherlands to the sun-soaked olive groves of the south of France. He studied books on color theory to learn the science of color and its impact on a viewer’s experience of a painting.

“In the works featured in this focused installation, we see Van Gogh searching for new ways to combine colors over the course of his career,” said Aimee Marcereau DeGalan, Ph.D., Louis L. and Adelaide C. Ward Senior Curator of European Arts. “In so doing, Van Gogh hoped his intense palette would contribute to new ideas about art that expressed personal emotion and experience.”

In 1885, Van Gogh created a Study of a Peasant Head, while living with his parents in the Netherlands. It was important these figures conveyed the harsh reality of country life, so Van Gogh painted them with the colors of the soil. When Van Gogh moved to Paris in 1886, he saw bold, colorful examples of paintings by his contemporaries that were a revelation. Instead of premixing colors on his palette as he had done in the Netherlands, he began applying them directly to his canvas in their pure and brilliant form as evidenced in his painting Restaurant Rispal from 1887.

Van Gogh continued to explore color combinations and expressive brushwork in Olive Trees, one of at least two dozen canvases the artist painted of this subject while recuperating in a mental health facility in the south of France in 1889. (During the run of this installation, Olive Trees will be travelling on loan to an exhibition in Dallas and Amsterdam to share new research on the Olive Trees series, to which the Nelson-Atkins contributed formative research.) Not all Van Gogh’s oils have remained as they originally appeared. Some have faded and changed over time. Curators, conservators, and scientists at the Nelson-Atkins and the Mellon Science Foundation attempted to determine Van Gogh’s original palette in the Nelson-Atkins Olive Trees, which in turn could help refine the precise date of the composition. The results of their findings premiered this Spring in the museum’s inaugural digital publication of the French Paintings Catalogue that can be accessed here. It will form the basis for an exhibition at a later time.

Van Gogh: An Evolution in Color at the Nelson-Atkins allows visitors the opportunity to experience the majesty and mastery of the artist’s works firsthand. Opening in October at Starlight Theatre, Van Gogh Alive, created by Grande Experiences, offers a completely different type of experience that has inspired over 8 million people across 70 cities around the world. For Van Gogh Alive, Starlight will transform its stage house into the world of the revered 19th century painter. Patrons will wander through the exhibit in Starlight’s 12,000 square foot and climate-controlled space. Interactive art stations will be available where visitors can also create their own art with the help of expert video tutorials. Tickets for the Starlight experience can be purchased online at kcstarlight.com or by calling the Starlight box office.

The Nelson-Atkins Museum of Art
The Nelson-Atkins in Kansas City is recognized nationally and internationally as one of America’s finest art museums. The Nelson-Atkins serves the community by providing access to its renowned collection of more than 42,000 art objects and is best known for its Asian art, European and American paintings, photography, modern sculpture, and Native American and Egyptian galleries. Housing a major art research library and the Ford Learning Center, the museum is a key educational resource for the region. The Nelson-Atkins is located at 45th and Oak Streets, Kansas City, MO. Hours are 10 a.m.–5 p.m. Mondays, Thursdays, Saturdays, and Sundays, 10 a.m. to 9 p.m. Fridays, and closed Tuesdays and Wednesdays. Admission to the museum is free to everyone. For museum information, phone 816.751.1ART (1278) or visit nelson-atkins.org.