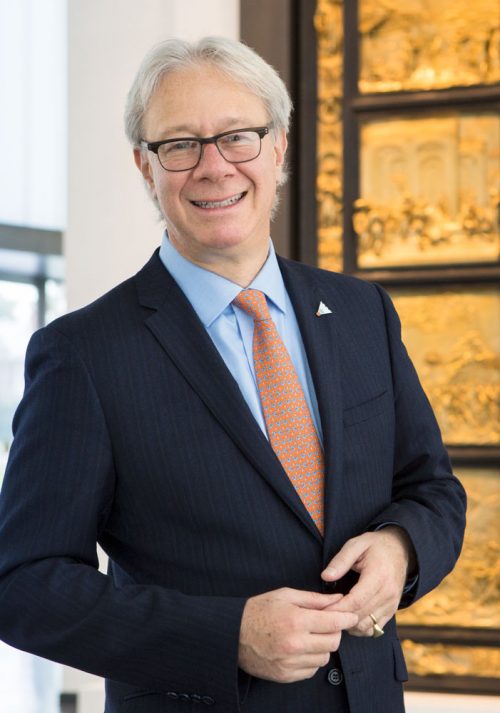 Welcome! I am delighted to see you here on our website, and I look forward to seeing you in our galleries. We have taken many steps to ensure that your visit to the Nelson-Atkins will be as safe as possible, and I know you will enjoy our lineup of exhibitions this summer and fall 2021.

Our current exhibitions were drawn from our own collection. During the past year and a half, we took a close look at our own works of art and made connections and discoveries I know you will enjoy.

As the result of several months working together as a staff and with the Board of Trustees, we have deepened the museum’s commitment to diversity and inclusion, and those commitments are now woven into our vision for the future. I encourage you to read our mission statement and our newly adopted strategic plan, also below.

I hope you will visit the museum soon and feel a sense of possibilities for the days ahead.

The Nelson-Atkins Museum of Art invites all people to explore the art in its care, and through its broad collection, the depths and complexities of human experiences.

We welcome and provide free access to everyone to enjoy and contemplate artistic creations from 5,000 years ago to present day. We believe that art has the ability to uplift, surprise, challenge, and transform. It gives expression not only to distant cultures and times, but also to immediate voices and issues, and provides avenues for exploring the world, past and present, and for informing our future.

We nurture the people who are dedicated to the museum’s success and who care for the collection and campus, and we support and learn from our audiences and our communities. Through this, we create ambassadors for a better society. With art as our focus, the Nelson-Atkins strives to create a sense of belonging for all people.

The Nelson-Atkins Museum of Art arose from the aspirations of two individuals who likely never met, who had vastly different lives, but who each imagined a public art museum for Kansas City and the surrounding region. Both died more than 100 years ago and neither saw the museum become a reality.

William Rockhill Nelson, founder of The Kansas City Star and a real estate developer, was convinced that for a city to be truly civilized, art and culture were necessities. When he died in 1915, at the direction of his will the bulk of his estate was used to establish the William Rockhill Nelson Trust for the purchase of works of art.

Mary McAfee Atkins, a retired school teacher and real estate investor, was inspired by the art she encountered on trips to Europe. When she died in 1911, she provided the city with approximately one-third of her estate to purchase land for a public art museum.

The two estates were combined to build an art museum for the people of Kansas City. Buying art in the 1930s for the new galleries fell to the museum’s earliest curators and trustees, working with advisors and dealers. Visitors can experience those Depression-era decisions in the exhibition Origins: Collecting to Create the Nelson-Atkins, on view Aug. 14, 2021 to March 6, 2022.

The museum opened to the public Dec. 11, 1933, with lines that stretched to the street. The east wing was named the Atkins Museum of Fine Arts, and the remainder of the building was called the William Rockhill Nelson Gallery of Art. In 1982, in preparation for the museum’s 50th anniversary the following year, the institution became known as The Nelson-Atkins Museum of Art. During the first half of 2021, the Board of Trustees explored the museum’s earlier history and the history of its founders, as well as its name. In Summer 2021, the Trustees voted to retain the name and at the same time, to ensure and demonstrate that the Nelson-Atkins is a model for inclusivity.

Since opening the doors on December 11, 1933, the Nelson-Atkins has welcomed all people, or in the words spoken that day, “all groups, all races, all creeds.” Toward further inclusivity, the Nelson-Atkins has offered free admission to all people for nearly 25 years. Trustees agreed to formally make admission free as part of the Strategic Plan adopted in 1998, and that is considered a core mission. With intention and planning, the Nelson-Atkins has deepened its commitment to diversity, inclusion, and equity. That includes collecting works of art with an expanded inclusivity, stronger partnerships with community organizations, and better listening to community members, partly through soliciting memories and impressions about the museum. During the past year and a half, the museum also has held conversations and training for staff members, volunteers, and trustees on the topics of diversity, equity, inclusion, and accessibility.

Now nearly nine decades have passed since the museum opened to the public. Because of the care and support of many people through the years, the Nelson-Atkins is home to more than 42,000 works of art, with a campus that includes the original Nelson-Atkins Building, the Bloch Building expansion that opened in 2007, and the Donald J. Hall Sculpture Park.

To explore more about the history of Kansas City and the Nelson-Atkins, the museum recommends, among many others, the following publications:

The Nelson-Atkins Museum of Art: A History, by Kristie C. Wolferman (available at the Museum Store)

The Nelson-Atkins Museum of Art: A Handbook of the Collection, edited by Deborah Emont Scott

High Ideals and Aspirations: The Nelson-Atkins Museum of Art, 1933—1993, by Michael Churchman and Scott Erbes

Boss-Busters and Sin Hounds: Kansas City and Its Star, by Harry Haskell 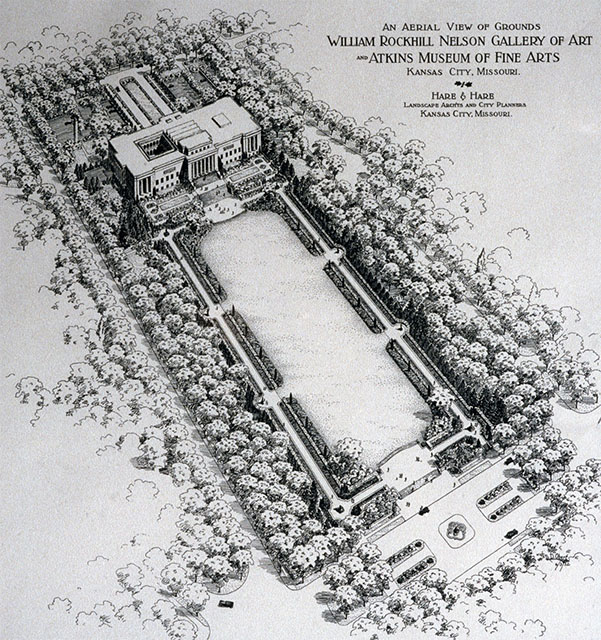 The Black community has taught us. We have made mistakes in our long journey to become an anti-racist institution, and we apologize. We have much more to learn. We are joining your call for immediate and lasting justice.

We are listening to Black community partners, to leaders in the faith, civic, and art communities, and to our staff members. The Nelson-Atkins would not be where we are without the cherished voices of Black community members. We thank you, and we will step up to support and celebrate you. We commit to doing better for you.

We are working every day to become an institution that is stronger, braver, and committed to the ideals of empathy, equity, inclusion, diversity, and accessibility. We stand with you now, and we will stand with you tomorrow.

The Nelson-Atkins Museum of Art is revisiting our Land Acknowledgment to create an inclusive, collaborative, and accurate statement that honors the Native American communities that are connected to the land around the museum.

Learn About Our Process 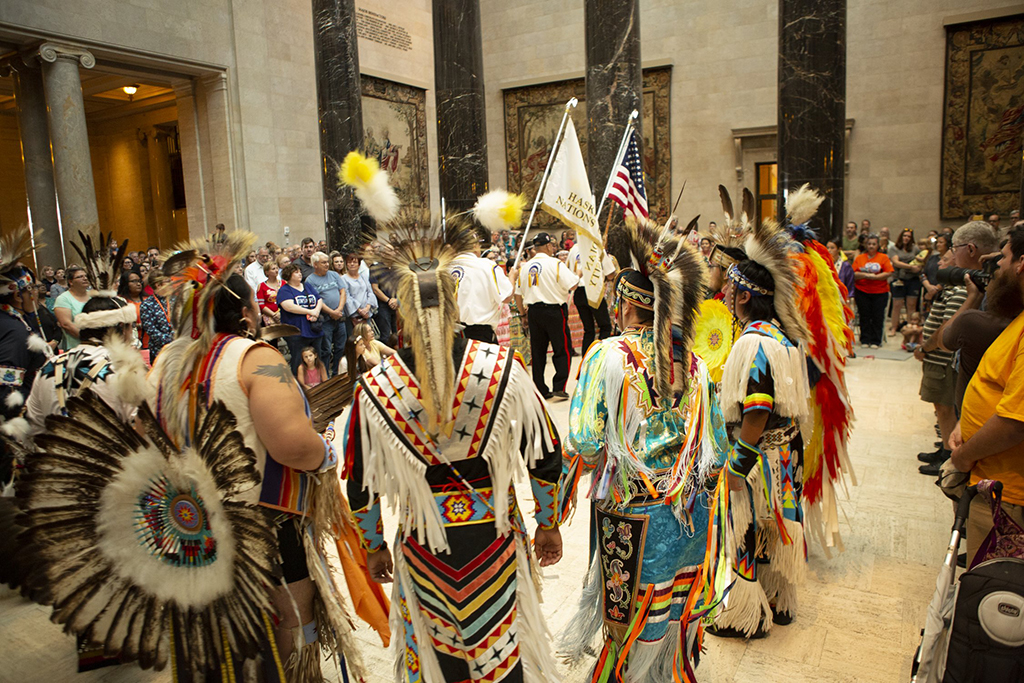