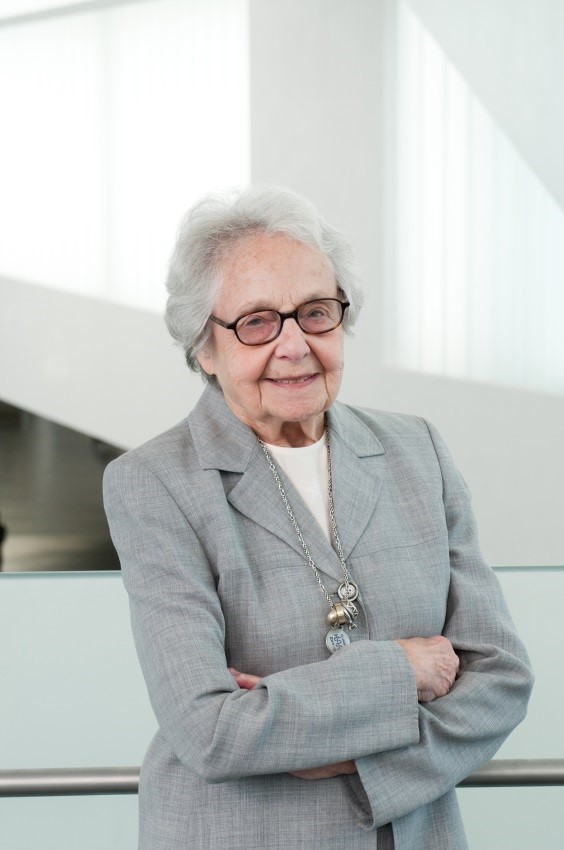 Kansas City, MO April 17, 2021 – The Nelson-Atkins Museum of Art joins the Kansas City community in mourning the loss of Estelle Sosland, who died Friday, April 16. Sosland was a volunteer and leader at the museum for more than 50 years, serving as the museum’s first woman trustee and as Chair of the Board of Trustees from 2007 to 2009. She and her late husband, Morton Sosland, were pivotal supporters and benefactors, demonstrating a passionate commitment to the Nelson-Atkins.

“This is a great loss for the community,” said Richard C. Green, Chair of the Nelson-Atkins Board of Trustees. “Estelle was someone I admired enormously. She was a true trailblazer, having been the first woman to become the Chair of the Board at the museum. She has left an indelible print on the museum.”

Sosland was Chair of the museum’s Board of Trustees from May 2007 through April 2009. She worked in many capacities at the Nelson-Atkins, as trustee and chair of the Committee on Collections, a group that reviews acquisitions and gifts of works of art to the museum.

“Estelle was very well informed, and her sense of people, diplomacy and relationships made her an extremely good connecter,” said Julián Zugazagoitia, Director & CEO of the Nelson-Atkins. “She has been a loyal and generous friend to the Nelson-Atkins for many years. She will be greatly missed.”

The Soslands were responsible for the 1994 gift of the Museum’s iconic Shuttlecocks, a four-part commissioned work by artists Claes Oldenburg and Coosje van Bruggen.

In 2018, the Hall Family Foundation commissioned the installation of Walking Wall by acclaimed artist Andy Goldsworthy in honor of the Soslands and their passionate support of art. The wall was built over a period of five installments in 2019, moving from the east side of the museum to its permanent location, where it appears to move from outside the Bloch Building to inside the Gallery Walk.

For many years, Sosland worked in the museum’s Sales and Rental Gallery, which featured the work of regional artists and offered works of art for sale or rent at a time when Kansas City had few fine arts galleries.

The Soslands gave one of the nation’s finest private collections of American Indian art to the Nelson-Atkins. The Northwest Coast masterworks were unveiled in the American Indian art galleries, which opened in 2009. The Soslands were also instrumental in the seminal exhibition of 1977 at the Nelson-Atkins, Sacred Circles, which generated a new understanding of the artistry of Native Americans. This legacy came full circle with the 2014 opening of The Plains Indians: Artists of Earth and Sky in Paris, which united the finest Plains Indians masterworks from European and North American collections. The exhibition then travelled to Kansas City and The Metropolitan Museum in New York. 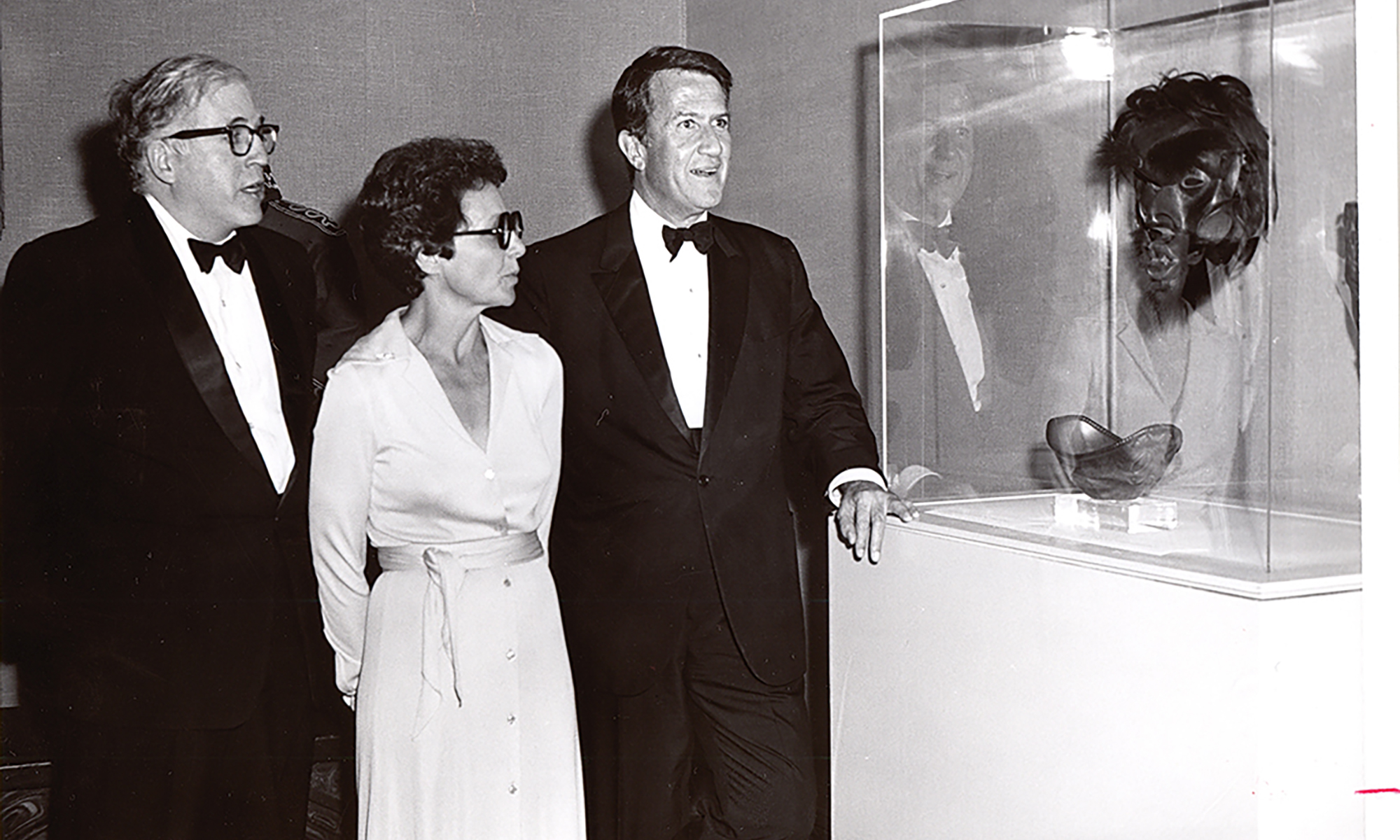 Estelle and Morton Sosland (center, and right) admire a work of art with Ralph “Ted” Coe, former director of the Nelson-Atkins. All held a lifelong passion for Native American art. 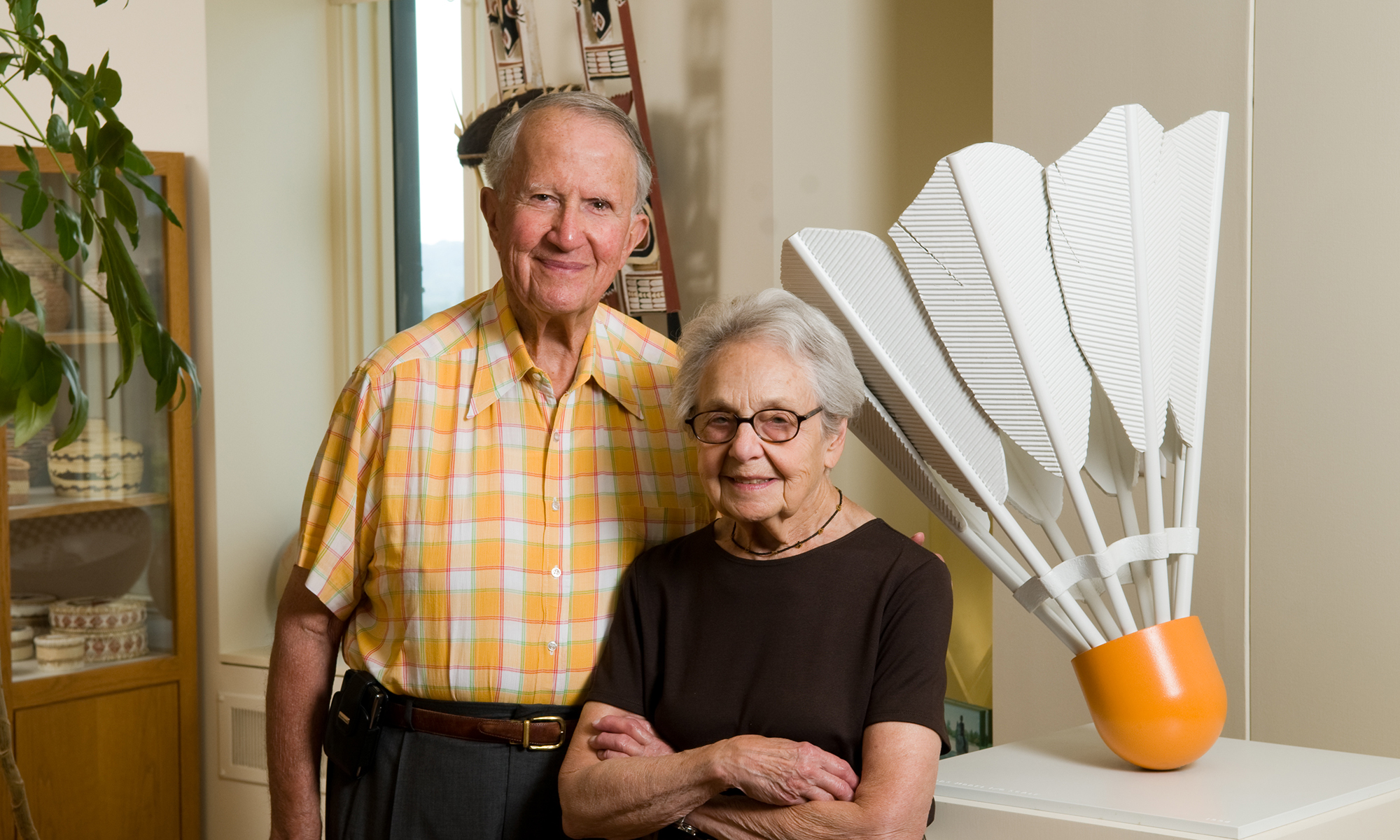 Estelle and Morton Sosland, photographed in their home in 2009, were responsible for commissioning artists Claes Oldenburg and Coosje van Bruggen to create the Shuttlecocks in 1994. 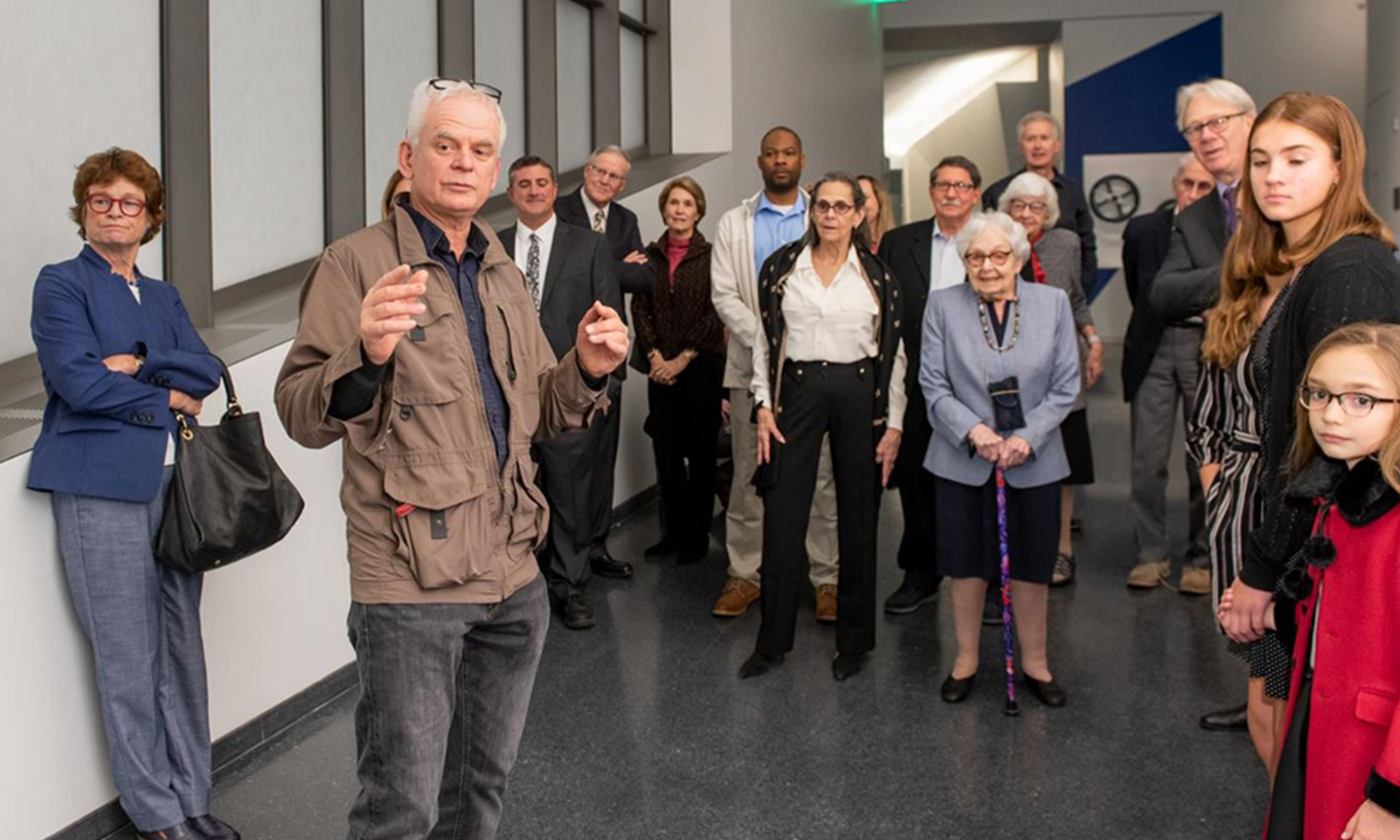 Artist Andy Goldsworthy’s year-long project Wall was created in honor of the Soslands. In December 2019, Estelle and the Sosland family had a special view of the final stage inside the Bloch Building.