Kansas City, MO. Dec. 14, 2021– Two paintings by French Impressionist artist Jean-Baptiste Armand Guillaumin (1841-1927) and two paintings by his near contemporary, French artist Louis Valtat (1869-1952), have been accepted as gifts by The Nelson-Atkins Museum of Art in Kansas City, deepening the museum’s holdings of Impressionist and Fauve works. The four paintings are already on view in the Bloch Galleries. Guillaumin’s Morning-Rouen, 1904 was given by Mr. and Mrs. Robert L. Bloch; donors Dr. Min-Hwan and Mrs. Yu-Fan Kao gave Guillaumin’s Moret-sur-Loing, Evening Effect, 1896 as well as two paintings by Valtat, Wheat Field with Poppies, 1915 and Two Bouquets with Daffodils, Snowdrops, Daisies, and Pansies, painted around 1927. 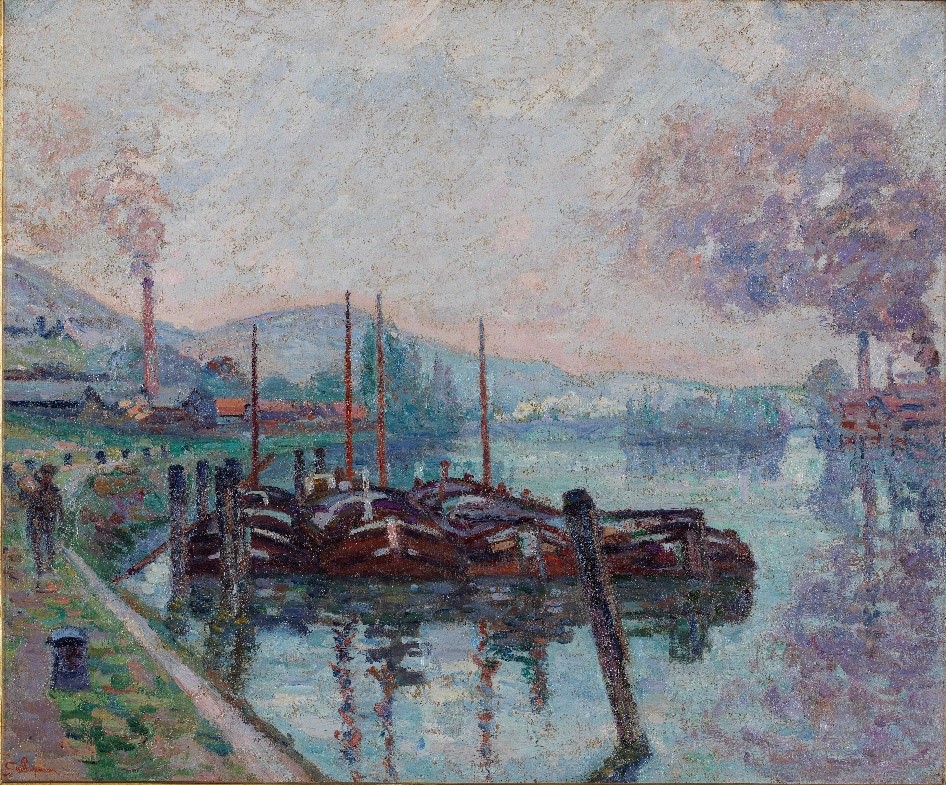 “Collectively, these wonderful gifts bring depth to our collection,” said Julián Zugazagoitia, Menefee D. and Mary Louise Blackwell CEO & Director of the Nelson-Atkins. “These works provide a bridge  from the late 19th century to the 20th century, and we are deeply grateful for the Blochs and Kaos generosity and support of the Nelson-Atkins.”

More than any other Impressionist artist, Guillaumin focused on scenes of industry or modern infrastructure. Like his fellow Impressionists, Guillaumin was interested in capturing light and color as it related to changing times of the day. As his career advanced, however, it was color more than light that caught his eye. These two interests combine in Morning-Rouen, painted in 1904.

Armand Guillaumin worked for the Paris Railway during the day, and later, for the Highways Department in the evenings; however, an 1891 lottery win allowed him to devote himself exclusively to painting. Unencumbered by financial pressures, he became emboldened with his palette, earning him the nickname, “the ferocious colorist.”

Guillaumin trained at the Académie Suisse, where he befriended Cezanne and Pissarro, and he participated in six of the eight Impressionist exhibitions. Although he is primarily associated with that movement, many artists, including Van Gogh, considered him more progressive. 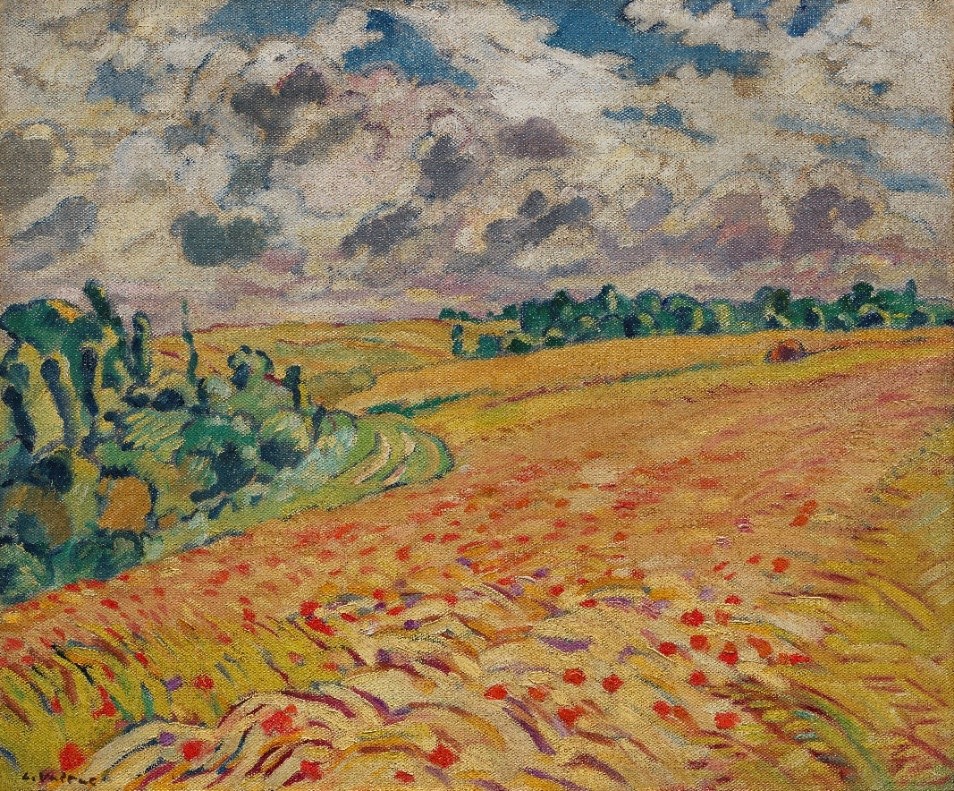 “Armand Guillaumin is an important artist who is long overdue for reexamination,” said Aimee Marcereau DeGalan, Louis L. and Adelaide C. Ward Senior Curator, European Arts. “The Bloch and Kao gifts facilitate a greater understanding of two different periods of his work that will help in a larger reassessment of his place within the narrative of late 19th /early 20th century art.”

“I share my parents’ passion for French Impressionist paintings, and I am thrilled to donate this painting to the Nelson-Atkins,” said Robert Bloch, who, in 2010, gave a much earlier work by Guillaumin as a promised gift to the museum. “Guillaumin was a highly accomplished artist and a member of the movement’s earliest grouping.”

Despite Guillaumin’s bold, non-naturalistic palette, an Impressionist at his roots, he often noted the times of day in which he painted on the backs of his paintings. The Bloch Guillaumin of Rouen was painted in the morning, whereas the Kao Guillaumin Moret-sur-Loing was painted in the evening.  These vividly colored canvases connect the museum’s Impressionist collection with the Fauve period, as artists such as Henri Matisse and Andre Derain were well aware of Guillaumin’s experiments with color. Louis Valtat was also well aware of Guillaumin’s experiments in color and the two painted together in the South of France in Agay-Anthéor, a region famous for its coast of massive red rocks by the sea. Although the two Valtat paintings given by the Kao family do not feature this region, Valtat’s Wheat Field with Poppies and Two Bouquets with Daffodils, Snowdrops, Daisies, and Pansies exhibit a similarly expressive palette with their use of pure, aggressive colors and muscular brushwork. In fact, it was this bold sense of color in Guillaumin’s and Valtat’s paintings that led collectors Dr. and Mrs. Min-Hwan and Yu-Fan Kao to acquire their works.

“We were drawn by the vibrancy of their palette and the gestural energy of their brushwork,” said Dr. and Mrs. Kao. “It truly gives us great pleasure to share these works of art that we have known and loved for so many years with the Nelson-Atkins and Kansas City.”

Cezanne once told Guillaumin he was an artist with a great future. Similarly, Paris dealer Ambrose Vollard told Valtat “patience, one day people will see that you are a great painter.” With these collective gifts, and the opportunity to see them side-by-side with their artistic contemporaries, these sentiments ring true.

The Nelson-Atkins Museum of Art
The Nelson-Atkins in Kansas City is recognized nationally and internationally as one of America’s finest art museums. The Nelson-Atkins serves the community by providing access to its renowned collection of more than 42,000 art objects and is best known for its Asian art, European and American paintings, photography, modern sculpture, and Native American and Egyptian galleries. Housing a major art research library and the Ford Learning Center, the museum is a key educational resource for the region. The Nelson-Atkins is located at 45th and Oak Streets, Kansas City, MO. Hours are 10 a.m.–5 p.m. Mondays, Thursdays, Saturdays, and Sundays, 10 a.m. to 9 p.m. Fridays, and closed Tuesdays and Wednesdays. Admission to the museum is free to everyone. For museum information, phone 816.751.1ART (1278) or visit nelson-atkins.org.