Kansas City, MO. Oct. 9, 2018–Ralston Crawford, who celebrated the modern American industrial landscape in a precisionist style and captured the vitality of New Orleans jazz culture, is the subject of a photography exhibition opening at The Nelson-Atkins Museum of Art in Kansas City Oct. 26 through April 7, 2019. Structured Vision: The Photographs of Ralston Crawford, showcases the museum’s deep holdings of his work. 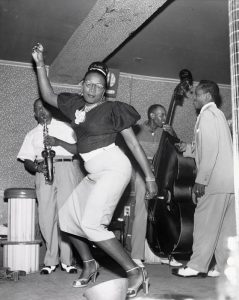 “Ralston Crawford’s photographs have a profound energy,” said Julián Zugazagoitia, Menefee D. and Mary Louise Blackwell CEO & Director of the Nelson-Atkins. “Throughout his career he juxtaposed creation and destruction, form and chaos. His body of work is wonderfully varied and reflects how complicated and rich one artistic sensibility can be.”

George Ralston Crawford (1906-1978) was born in Canada but grew up in Buffalo, New York, where his interest in docks, shipyards, bridges, and grain elevators blossomed. He was a sailor as a young adult and began studying art in the late 1920s, painting characteristically American subjects such as highways, bridges, and machines. His work was precise and geometric, emphasizing bold, simple forms.

“Ralston Crawford is an important artist in the Nelson-Atkins collection because he applied a painter’s eye to the challenge of making interesting photographs,” said Keith F. Davis, Senior Curator, Photography. “There is enormous variety in his work, from industrial subjects to street life and cemeteries of New Orleans. Some of his pictures are about pure geometry; others celebrate the improvisational vitality of everyday life. Ultimately, all of Crawford’s work is about the interrelationship of structure and change.” 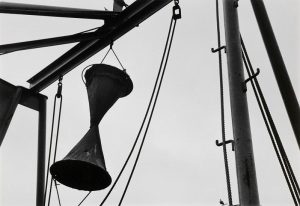 Crawford worked actively from the 1930s through the 1970s. He absorbed and expressed the basic energies of the mid-twentieth century, from the era’s industrial might to the destructive power of war and the atomic bomb. He celebrated the most basic of forces: creation, decay, time, and change. He traveled extensively throughout his life to paint, produce lithographs, take photographs, and teach. In addition to key gifts from the Hall Family Foundation, the artist’s son, Neelon Crawford, was instrumental in increasing the Nelson-Atkins’s holdings of his father’s photographs.

The exhibition is accompanied by a new book, The Photographs of Ralston Crawford, written by Davis, providing a fresh, comprehensive look at Crawford’s photographs from 1938 through the mid-1970s, including both well-known works and previously unpublished images. This volume, published by Yale University Press, is distributed for the Hall Family Foundation in association with the Nelson-Atkins.

This exhibition is supported by the Hall Family Foundation.

The Nelson-Atkins serves the community by providing access to its renowned collection of more than 41,000 art objects and is best known for its Asian art, European and American paintings, photography, modern sculpture, and new American Indian and Egyptian galleries. Housing a major art research library and the Ford Learning Center, the Museum is a key educational resource for the region. In 2017, the Nelson-Atkins celebrates the 10-year anniversary of the Bloch Building, a critically acclaimed addition to the original 1933 Nelson-Atkins Building.