Home/Exhibitions/Whistler and the American Etching Revival

“In an exhibition of etchings, the etchings are the last things people come to see,” joked James Abbott McNeill Whistler (1834-1903), America’s premier etcher.

In truth, the etchings that Whistler himself created were incredibly popular. They awed the public, critics and fellow artists alike. Whistler’s talents earned him a reputation for being among the most influential and internationally respected modern etchers. The prowess and technical innovations he brought to the medium sparked a renewed interest in this centuries-old printmaking method.

Although Whistler’s etchings exist in multiples, each impression he created was a unique work of art. This helped etching achieve recognition as an artist’s medium, elevating it beyond commercial craft. Following Whistler’s lead, other American artists experimented with etching as a serious art form. Joseph Pennell, Whistler’s biographer and an acclaimed etcher, summarized the power and essence of the medium: “A great etching by a great etcher is a great work of art . . . on a small piece of paper, expressed with the fewest vital indispensable lines of the most personal character.”

This installation of American etchings celebrates Whistler’s achievements. It also showcases the wide-ranging possibilities of etching during the American Etching Revival of the late-19th and early-20th centuries and beyond. 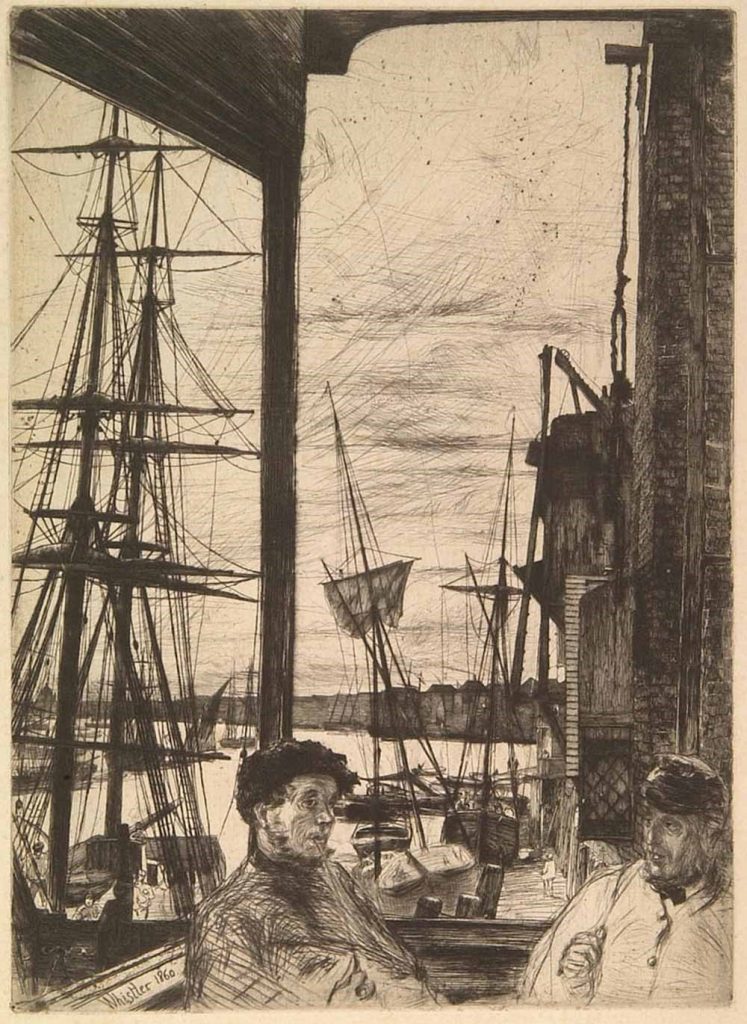