Opens July 9 at The Nelson-Atkins Museum of Art

Kansas City, MO. June 7, 2022–The tumultuous 20-year-period between World War I and the beginning of World War II featured many significant social, political, and economic changes throughout the world. Petroleum-based energy production ushered in the Roaring Twenties, a time of upward mobility for the middle class. Populations in the developed world enjoyed modern innovations such as automobiles, electric lighting, and radio. Buildings got taller, skirts got shorter, and jazz got hotter. Transformative design combined modern styles with fine craftsmanship and rich materials. Many Americans enjoyed a general feeling of novelty and prosperity, which all came crashing down with the start of the Great Depression in 1929. It was in the midst of this dynamic upheaval from 1918 to 1939 that Art Deco was born. 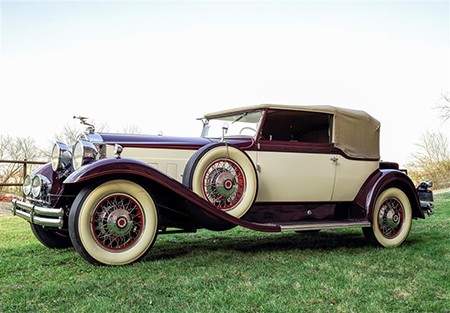 American Art Deco: Designing for the People, 1918-1939, traces the trajectory of this design movement, which represents modernity, glamour, and exuberance, while exploring the socio-economic impact of these advancements during the Interwar period. The exhibition will be on view at The Nelson-Atkins Museum of Art in Kansas City July 9 through Jan. 8, 2023.

“This exhibition breaks new ground in the field of 20th-century American decorative arts and design in its exploration of societal shifts following World War I,” said Julián Zugazagoitia, Menefee D. and Mary Louise Blackwell CEO & Director of the Nelson-Atkins. “Technological innovations during this time period had an enormous impact on the creation and production of objects, but there were also economic and social realities that prevented everyone from enjoying them. American Art Deco investigates the aspirations, dreams, and challenges of the 1920s and 1930s.” 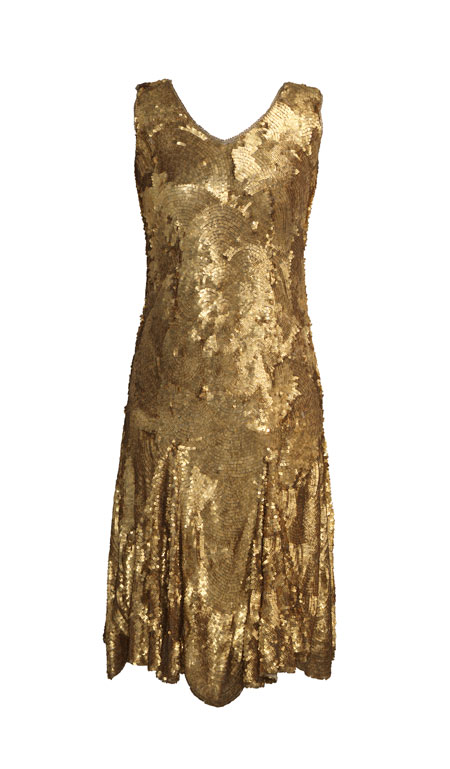 Art Deco, short for arts décoratifs, took its name from the 1925 International Exhibition of Modern Decorative and Industrial Arts held in Paris. It celebrated a new style characterized by geometric ornament, symmetry, stylization, and angularity. American Art Deco offers in-depth examination of the cultural context of this international style as it flourished in the United States in the Interwar years. Primarily from Midwest collections, the 140-plus objects in the exhibition exemplify Art Deco style while underscoring significant themes of the era, including the changing profile of the modern woman, inequities in gender, race, and wealth, and the rise of middle-class consumer culture.

“This exhibition features dazzling works of Art Deco design,” said Catherine Futter, former Director of Curatorial Affairs at the Nelson-Atkins and current Director of Curatorial Affairs and Senior Curator of Decorative Arts at the Brooklyn Museum. “It infused all aspects and levels of society, from domestic life to civic and commercial architecture, film, jazz, nightlife, and fashion.”

Many of them came from the Kansas City community. Dick and Evelyn Craft Belger loaned two pristine vintage automobiles, a 1930 Model A Ford and a 1931 Packard. Car enthusiast Marshall Miller loaned his 1931 Cabriolet convertible, along with a stunning collection of hood ornaments. Exquisite dresses and hats from the Art Deco period were generously loaned by the newly reopened Kansas City Museum.

“This important exhibition explores the impact of the Art Deco style from the unique perspective of cities from the interior of the United States,” said Jack Becker, Executive Director and Chief Executive Officer of the Joslyn Art Museum.  “In places like Omaha and Kansas City, the Art 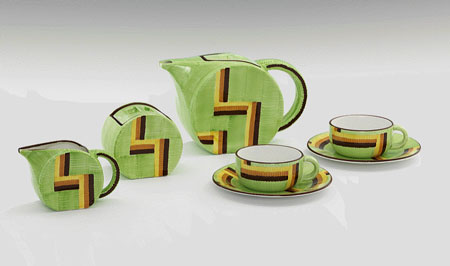 Deco style manifested itself in the creation of important public buildings that remain closely connected to the identity and a point of community pride for each of these cities.  The diversity of objects and viewpoints in this exhibition provide an opportunity to understand this complex period in American history from a variety of perspectives.”

The exhibition reflects a collaboration between the Nelson-Atkins and a community advisory group that, through conversations, provided valuable input on telling the story of Kansas City amidst the broader scope of the Art Deco period.

Organized by The Nelson-Atkins Museum of Art and Joslyn Art Museum. In Kansas City, generous support provided by Nancy and Rick Green, Marion and Henry Bloch Family Foundation, The Barton P. and Mary D. Cohen Charitable Trust, JE Dunn Construction, National Endowment for the Arts, and TIVOL.  This project is supported in part by an award from the National Endowment for the Arts.