The 17-foot-tall gilded doors, weighing 4 1/2 tons, are casts of the original doors created in the 15th-century workshop of sculptor Lorenzo Ghiberti for the east facade of the Baptistery of the Duomo (cathedral) in Florence, Italy.

The doors consist of 10 richly decorated, sculptural panels depicting scenes from the Old Testament, including God’s creation of Adam and Eve, Abraham’s near-sacrifice of Isaac, and Moses on the mountain, receiving God’s commandments. Surrounding the panels is an intricate, gilt framework of foliage and fruit that contains many statuettes of prophets and 24 busts.

Ghiberti’s original doors can be found inside the Museo dell’Opera del Duomo di Santa Maria del Fiore. Casts were made in 1990, and a set was installed on the outside of the Baptistery in Florence.

The doors are a promised gift from Paul DeBruce and Linda Woodsmall-DeBruce.

History of the Doors

The Baptistery in Florence, Italy is renowned for its three sets of spectacular bronze doors lavishly decorated with relief sculptures. Andrea Pisano created the first set of doors in the 14th century. In 1401, Lorenzo Ghiberti won a competition to design a set of doors for the north side. Ghiberti spent 21 years (1401-1422) creating a pair of gilded bronze doors that depict scenes from Jesus’s life.

In 1425, Ghiberti, by then widely recognized as the most accomplished sculptor in Florence, received a second commission to design the east doors of the Baptistery, on which he and his workshop toiled for 27 years (1425-1452).

The original gates adorned the Baptistery for nearly 500 years until there was an urgent need to protect them from the bombing by the Nazis during World War II. Before they were reinstalled in 1954, gypsum molds were made that were archived for future use. In 1990, the original doors were moved inside the Museo dell’Opera to protect and preserve the doors.

Explore our Library Guide for resources to help you learn more about the Gates of Paradise. 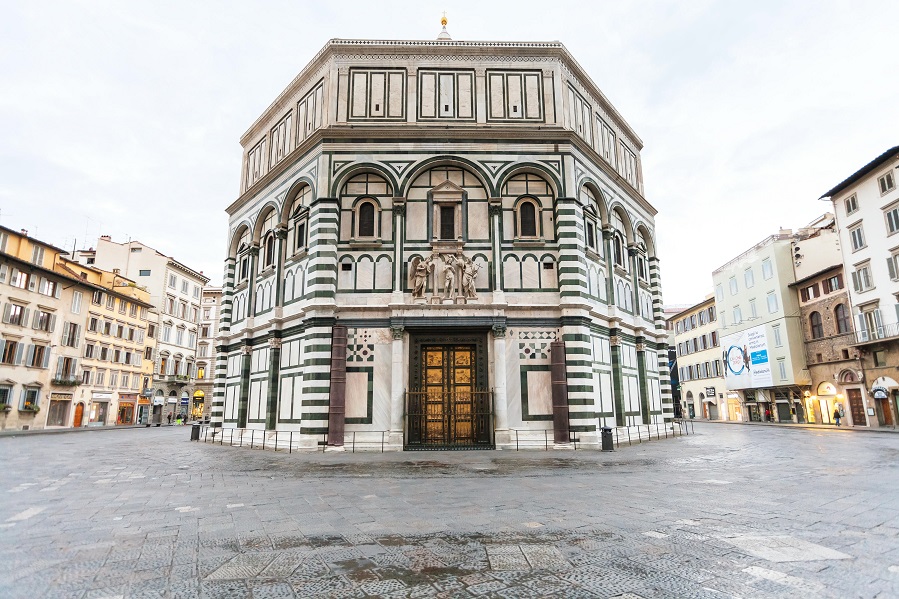 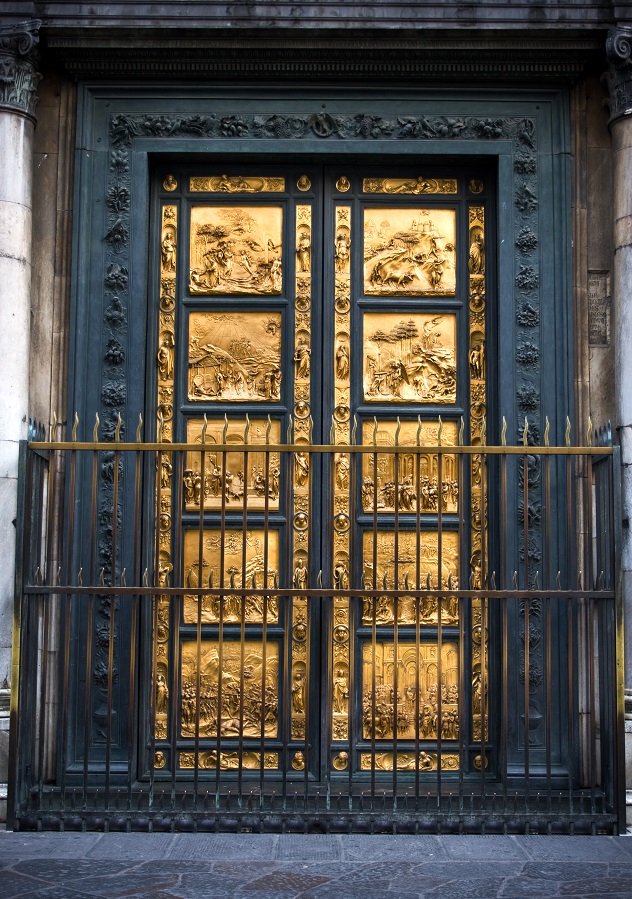