Kansas City, MO. July 14, 2022–The two heirs of Kansas City artist and educator Leonard Pryor (1924-2015) have given five of their father’s paintings to The Nelson-Atkins Museum of Art. Pryor dedicated his career to advocating for the arts and worked tirelessly to enrich Kansas City’s creative community.

“Leonard Pryor was a pivotal figure in Kansas City arts, not only because of his enormous talent, but because he was a trailblazer in multiple arenas,” said Julián Zugazagoitia, Menefee D. and Mary Louise Blackwell CEO & Director of the Nelson-Atkins. “He was the first Black student enrolled at the Kansas City Art Institute, he organized exhibitions of Black artists, and he was also the first Black to be named Dean of Students at KCAI. His contributions were truly groundbreaking, and we are deeply grateful to his children for reaching out to the museum regarding their desire to preserve their father’s legacy.” 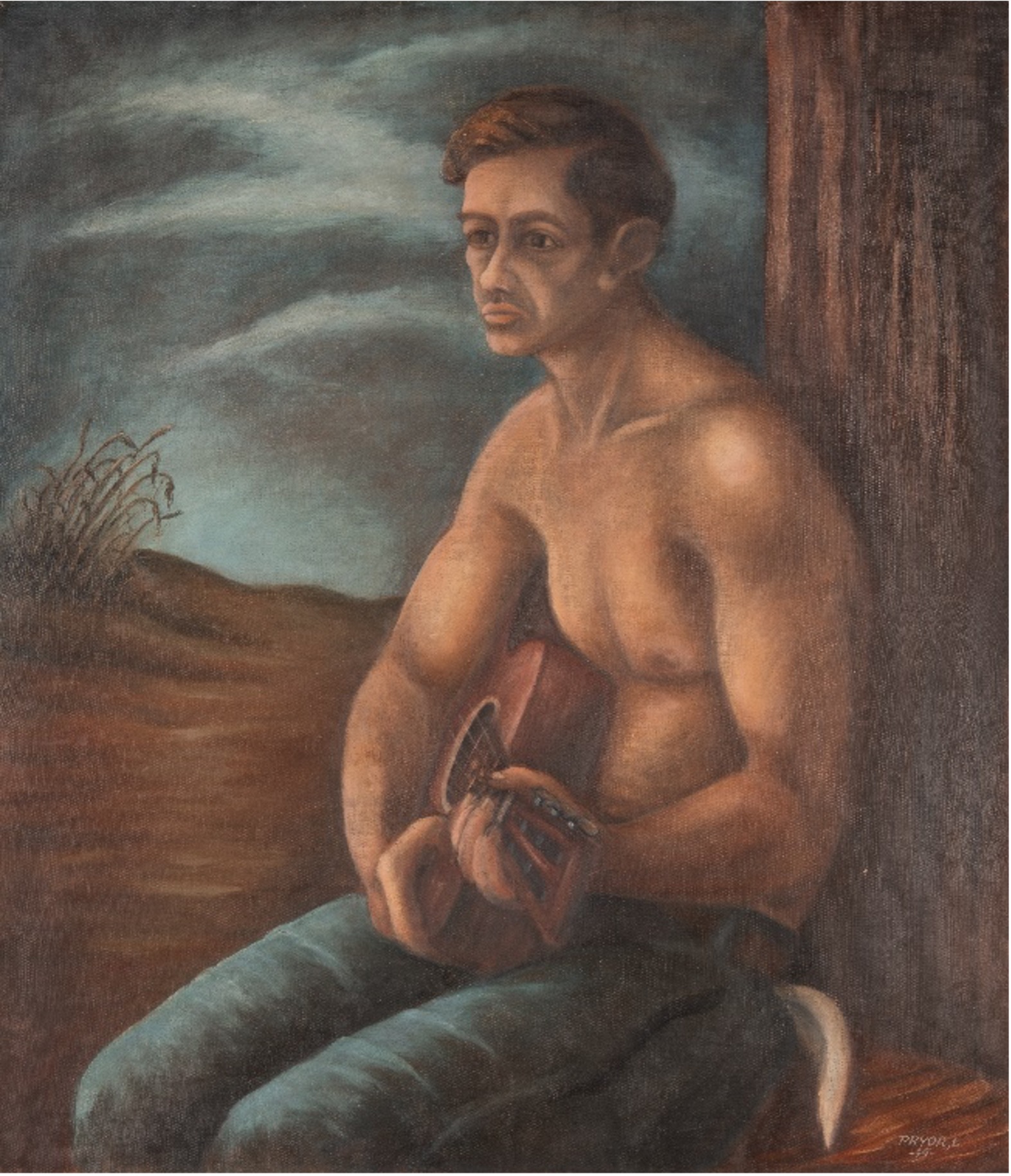 The five paintings given by Reneé Pryor Newton and Craig Pryor are North End (1950), Lonesome (1950), After theBath (1949), Elsie Mountain (1950), and Still Life with Pear (1958). North End and Lonesome are currently on view in Gallery 219 in the suite of galleries dedicated to historic American art with plans to highlight the other gifts in the future.

“This important acquisition aligns with the museum’s commitment to diversity, equity, and inclusion while also furthering the goal of providing opportunities for visitors to both see themselves reflected in the collection and build empathy through direct experiences with art,” said Stephanie Fox Knappe, Samuel Sosland Senior Curator, American Art. “This gift of five paintings that represent different facets of Pryor’s oeuvre also provides a significant historic parallel to the on-going ‘KC Art Now’ initiative that celebrates the talents of local artists.”

Pryor enrolled at KCAI after serving as a Pharmacist Mate in the U.S. Navy during World War II. He excelled under the instruction of professors such as Wilbur Niewald and graduated in 1951 as class president. Pryor became acquainted with Thomas Hart Benton during this time, and worked with Benton at his studio after Benton left KCAI. Pryor taught art and photography at Lincoln High School and spent 17 years there, eventually becoming chairman of the art department. His master’s thesis at KCAI, for which he created a series of paintings in earth-tones inspired by prehistoric cave art, explored the effects of color on visual perception.

During the 1960s, Pryor was hired as a faculty member at KCAI and became the first Black to serve as Academic Dean of KCAI 1968-1972. From there he took a position as District Coordinator of Art, Music, and Physical Education in the Kansas City Public Schools, where he worked until retiring in 1986. Pryor’s artistic practice flourished during the last decades of his life, and he had his first solo exhibition in 1999 at the age of 75. KCAI created the Leonard Pryor Endowment in 2007, a scholarship to help minority students pay tuition and supply costs.

In a joint statement, Pryor’s children said, “We are honored to share our dad’s paintings in such a prestigious venue. It is our hope that these gifts will further his legacy of inspiring young artists for many years to come.”

Pryor himself acknowledged a certain “Bentonesque” quality to some of his paintings, most notably North End. In a Kansas City Magazine interview in 2000, Pryor said, “You can see his influence, especially in my painting North End…in the way I expressed the clouds. I was actually working on Benton’s lithographs at the time and that kind of soft cloud just flew in a little bit.” The foreground of this engaging composition bustles with intimate details of daily life: laundry flaps in the breeze, a woman gently guides a child along a rutted road, a man steers his cart toward a loaded burn barrel. Pryor juxtaposed this scene with a view south across the Missouri River towards downtown Kansas City where a distinctive two-towered skyscraper dominates the skyline. Then known as the Federal Office Building, today the iconic building houses apartments.

Lonesome was painted when Pryor was a student at KCAI in 1950. This portrait of a solitary troubadour also reveals Benton’s influence in the undulating clouds, the treatment of musculature, and the rural subject matter. Until his death in 2015, Pryor readily credited Benton for his influence.