Kansas City, MO, July, 15 2021 – The Nelson-Atkins Museum of Art in Kansas City opened its doors in 1933, but the collection was beginning to be built at a frantic pace three years prior. The new exhibition, Origins: Collecting to Create the Nelson-Atkins, opening Aug. 14, explores the very beginnings of the collection as well as the people who made choices about what types of art to collect, the challenges and opportunities of acquiring art during the Great Depression, and the vast diversity of the museum’s first objects.

“The international upheaval of the Great Depression actually compelled dealers and collectors to sell their art, which made the museum’s earliest acquisitions possible,” said Julián Zugazagoitia, Menefee D. and Mary Louise Blackwell CEO & Director of the Nelson-Atkins. “This exhibition deeply explores the economic, political, and cultural context of the 1930s and its impact on the collecting of art during that time period.” 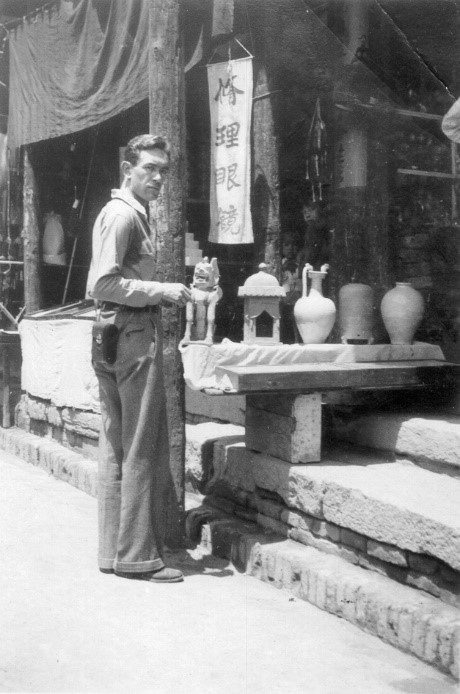 The Nelson-Atkins is the legacy of two Kansas Citians: newspaper publisher William Rockhill Nelson and retired teacher Mary Atkins. Both left funds upon their deaths to create an art museum in Kansas City: Atkins’ money for a building, and Nelson’s to acquire art. The group who managed Nelson’s estate, trustees, were responsible for assembling the future museum’s art collection. They were guided by advisors, dealers, and donors whose unique preferences, perspectives, and abilities shaped the museum in different ways.

“Laurence Sickman was one of the museum’s first advisors on Asian art,” said MacKenzie Mallon, Provenance Specialist at the Nelson-Atkins. “He acquired much of the museum’s foundational Chinese art collection, including some of its most important works, and became our first Curator of Asian Art in 1935.”

In the late 1920s, the Trustees of Nelson’s estate co-sponsored several archaeological excavations in an attempt to find art from different civilizations. A brick which formed part of a temple was the very first object purchased for the museum, excavated by archaeologists in Telloh, Iraq. The brick was positioned with the inscription face down to prevent desecration of the sacred text. The trustees were unsure if stone fragments, bowls, and bronze figurines from the dig were suitable for the museum’s collection, but an advisor assured them that the objects were very interesting material from both an artistic and archaeological standpoint. 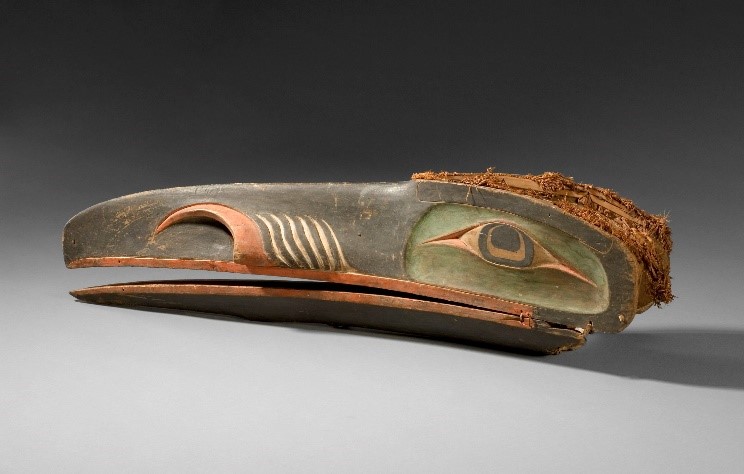 The trustees defined fine art as objects created for aesthetic reasons or admired for their visual appeal, so they began to buy art from dealers and collectors, with the very first purchase a group of European paintings bought from a Kansas City dealer. In 1931, the Raven Mask came to the Nelson-Atkins as part of an agreement with the Heye Foundation’s Museum of the American Indian in New York (now part of the Smithsonian’s National Museum of the American Indian in Washington, D.C.). In exchange for the Nelson-Atkins’ financial support of an unsuccessful expedition to Venezuela, the foundation donated more than 300 objects from its collection, including the mask.

There are more than 50 artworks in Origins: Collecting to Create the Nelson-Atkins, most of them acquired in the museum’s first 10 years. The economic, political and cultural context of the 1930s in Kansas City and around the world impacted what and how the museum collected, and who made those decisions. Research on the people who created the collection and their perspectives helps the museum improve current collecting practices and reflect on past motivations at the core of a global museum.

Origins: Collecting to Create the Nelson-Atkins runs through March 6, 2022.

About The Nelson-Atkins Museum of Art
The Nelson-Atkins in Kansas City is recognized nationally and internationally as one of America’s finest art museums. The museum, which strives to be the place where the power of art engages the spirit of community, opens its doors free of charge to people of all backgrounds. The museum is an institution that both challenges and comforts, that both inspires and soothes, and it is a destination for inspiration, reflection and connecting with others.