The works of art assembled in this installation, many of which are on view for the first time, reflect the types of objects one might have found in a treasury or in a home for private devotion. They provide a window onto the materials and beliefs that were most valuable and important for many Catholics in the medieval era.

The art of the medieval period—a span of a little over one thousand years, from approximately the fall of Rome in 476 C.E. to the late 1400s—set new standards of artistic and technical achievement in western Europe. Among those accomplishments were the dramatic cathedrals, constructed from about 1000–1500. The decorations and furnishings inside, which ranged from paintings and sculptures to radiant stained-glass windows and objects made of gold, silver, and precious stones, expressed believers’ faith.

Many of these sacred objects made up a principal part of the church’s portable wealth—its “treasure”—and were locked away in small cabinets or chests, called “treasuries,” when not in use for religious services. Countless treasuries were ransacked during wars, or their contents dispersed when the monasteries dissolved or the churches closed.

Organized by the Nelson-Atkins Museum of Art 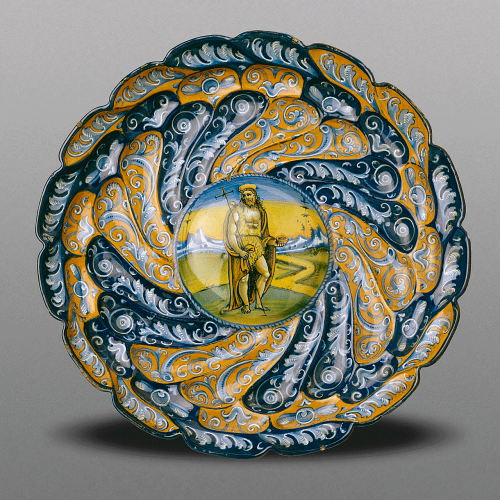