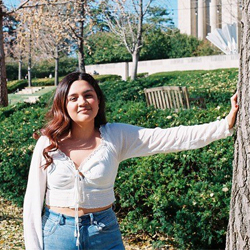 Jetzel Chavira is a second-year at the University of Missouri-Kansas City majoring in Art History and minoring in Latinx & Latino studies. As a daughter of Mexican immigrants, Chavira’s interest in Latino/Chicano photography developed during her childhood. Growing up, however, she never really saw herself or her culture represented in art museums. Chavira first discovered the power of curating in 2019 when she was selected to participate in the Photography Scholars program at The Nelson-Atkins Museum of Art. Besides learning about the history of photography, she had the opportunity to evaluate and curate her own photographic work. Because of this experience, Chavira wants to curate collections and relatable exhibitions that elevate underrepresented artists and their communities. She also volunteers with KC Tenants, an organization that fights for tenant rights. Chavira’s curatorial mentor is April Watson, Senior Curator, Photography. 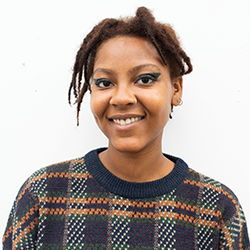 Logan Crompton is a fourth-year student at the Kansas City Art Institute. They are a Kansas City native who has spent their life exploring and experiencing art through their community. Their practice explores and constructs narratives through painting, printmaking, and collage. Aspects of pop culture and symbols are sprinkled throughout their work as a way to explore the effect one’s environment or community has on oneself. Crompton’s interest in media and identity lends to their Art History and Painting double major at the Kansas City Art Institute, allowing them to explore the effects of art historically important images and works on identity through the representation of people of color and of varying gender identities and sexualities. Dissection of images and what they mean are at the heart of Crompton’s artistic practice and therefore their career goals. As a Kansas City native and a black member of the LGBT community, Crompton realizes the importance of representation, especially within museums. Their practice is to not only provide an accurate representation of themselves but also to provide that outlet and opportunity for other young black artists. Crompton’s curatorial mentor is Stephanie Fox Knappe, Samuel Sosland Senior Curator, American Art. 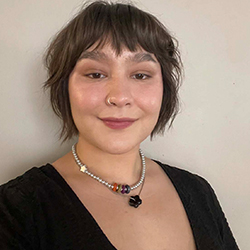 Miriamne Marlowe is a second-year student at the Kansas City Art Institute (KCAI) and is majoring in painting and art history and minoring in social practice. In high school, Marlowe was an avid member of the art community and became the head editor for the Washington Literary Press, an art and poetry magazine at George Washington High School in Cedar Rapids, Iowa. The process of selecting poetry and art for the magazine first sparked Marlowe’s interest in curatorial work. As a student at KCAI, she participated on a curatorial jury for the class of 2024’s end of year exhibition, a show that highlighted the studio work of first-year students in the Foundation department. Marlowe currently works as a gallery assistant at the H&R Block Artspace and collaborates with Sapien, an artist-run gallery and studio space. As both an artist and student, she attempts to find connection through empathetic means. Using her artwork as an abstract catharsis for self-reflection and kindred contemplation. With an interest in curation and museology, Marlowe strives to find further opportunities for collaboration and connection through the storied narratives of both historical and contemporary artworks. Marlowe’s curatorial mentors are Ling-en Lu, curator of East Asian Art and Kimberly Masteller, Jeanne McCray Beal’s Curator of South and Southeast Asian Art. 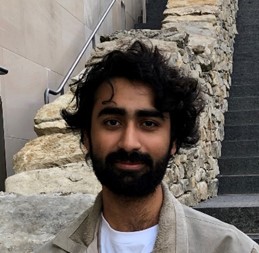 Husnain Al-Hassan Noorbhai (or Han) is a rising junior in the graphic design department at KCAI. With a foundation in type design and basic coding, he hopes to continue making web pages and computer-generated graphics. An interest in Art History drives much of his work and doing research informs his designs. After school Husnain plans to pursue a career as an independent designer and further his education. He grew up in Plano, Texas, a diverse suburb of Dallas and attended Plano West High School where he participated in many German culture and art events. During his free time, Husnain likes cooking, playing games, and making art. Husnain’s curatorial mentor is Kimberly Masteller, Jeanne McCray Beals Curator of South and Southeast Asian Ar 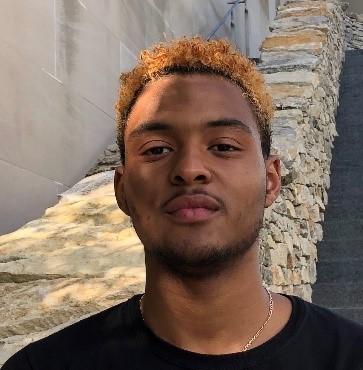 London Williams is a rising senior at the Kansas City Art Institute (KCAI) majoring in Painting. Originally from Milwaukee, Wisconsin, he began to develop his craft within the painting discipline at Pius XI Catholic High School. While attending Pius, London earned many accomplishments, including a National Scholastic Silver Medal in 2017 and a curatorial practice experiences with the Chipstone Foundation and the Milwaukee Museum of Art. London gained further curatorial experience serving as co-curator of exhibitions for BACC (Black Artist Culture and Community), a KCAI campus organization. London is committed to using curation within fine arts institutions to incorporate the voices of underrepresented individuals as a means to start meaningful conversations within the community. London’s curatorial mentor is April Watson, Curator, Photography.

Anella Fernández is a sophomore majoring in art history and fiber at the Kansas City Art Institute (KCAI). Born in Santiago de Cuba and raised in Miami, she became interested in the different cultures that surrounded her. Anella attended Design and Architecture Senior High (DASH), a design-centered magnet program where she studied architecture and art. There, she gained a great appreciation for process making and design. As an intern, Anella helped curate the studio work of artist Sheila Elias, and she continues to work annually with AIA Miami in the AIM program (Architects In the Making), teaching and assisting with the display of the final show. Anella’s travel to Florence and visits to the galleries of the Uffizi and the Galleria dell’Accademia inspired her to pursue curatorial studies. Anella’s curatorial mentor is Stephanie Fox Knappe, Samuel Sosland Curator, American Art.

Yujay Masah is a History major and Art History minor at the University of Missouri Kansas City who is anticipated to graduate in Spring of 2020. Her interest in history and art history come from a strong love of stories from the past and what we can learn from them. She believes that art has the potential to teach us a great deal about history in an engaging way. A lifelong museum enthusiast, Yujay has been aspiring to work in museums for many years and is excited to be a fellow at the Nelson-Atkins. She has volunteered with the museum previously as a College Facilitator for Race Project KC and has contributed a Community Voice Label to the 30 Americans exhibition. In her free time, Yujay enjoys drawing, practicing French, reading, cooking, and taking care of her plants and fish. In the future, she hopes to work in collections and eventually curate for either an art or history museum in the Kansas City area. Yujay’s curatorial mentors are Catherine Futter, Director, Curatorial Affairs and Sarah Biggerstaff, Curatorial Assistant to the Director, Curatorial Affairs. 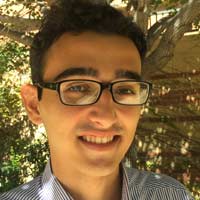 Hayk Badalyan is a Regents Scholar at the University of California, Los Angeles and is pursuing a double major in Art History and Business Economics. His interest in art developed at a young age from his travels to museums across the world and has since grown from a hobby to a passion. Hayk works as a Student Educator at the Hammer Museum in Santa Monica where his interaction with artists, curators, and visitors of all backgrounds has fueled his love for museum work. Hayk Badalyan is mentored by Gaylord Torrence, Fred and Virginia Merrill Senior Curator of American Indian Art. 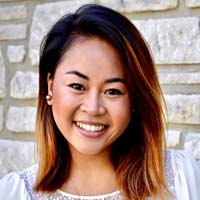 Kathryn Cua is a student at the University of Missouri who studies art history and magazine writing. Kat has always loved art, but her interest in art history came serendipitously during her senior year of high school. Needing one more humanities class to fulfill graduation requirements, she took AP art history at the recommendation of a friend. She’s been in love with it ever since. Her interest in curating came in a very similar way—Kat looked up careers in art history to find a reason to take it on as another major. This has since led her to incomparable opportunities such as participating as a research assistant in the I-70 Sign Show in Columbia, Missouri, and participating in the 2016 Andrew W. Mellon Summer Academy at the Nelson-Atkins. Kathryn will be mentored by Catherine Futter, Director, Curatorial Affairs and Aimee Marcereau DeGalan, The Louis L. and Adelaide C. Ward Senior Curator of European Arts. 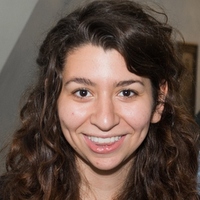 Mary Kuvet is a student at the Kansas City Art Institute majoring in art history and painting. Her interest in curating developed while attending a pre-college program at the Maryland Institute of Art. Here, Mary relished the opportunity to research, curate, and propose an exhibition about the work of Caravaggio. Most recently, she assisted with the development, installation and evaluation of the exhibition Jump In! Architecture Workshop, a collaborative project with local architecture firms awarded the 2015 Architectural Advocate of the Year Award from the AIA KC. 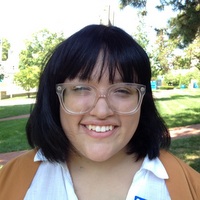 Isabel Vargas is a student at the Kansas City Art Institute pursuing a double major in art history and painting. Born in New York City and raised in Miami, Isabel committed to learning about and practicing art very early in life. Her dedication earned her acceptance into DASH (Design Architecture Senior High), an art-centered magnet Program demanding an hour-long commute by bus and train each way. While at DASH, an enthusiastic teacher of the AP art history class sparked Isabel’s interest in the field. Her fascination with curation began at KCAI as she prepared for her semester-end exhibitions, which required a thoughtful approach for the selection and presentation of her own artwork.

While Isabel’s art draws from her lived experiences and her exploration of women’s issues within intellectual spaces and media, she looks forward to learning about and experiencing the breadth of art history and curating. Isabel’s mentor is Kimberly Masteller, curator of South and Southeast Asian Art. 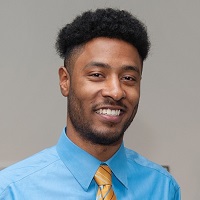 Myles Cheadle is pursuing a degree in art history at the University of Missouri-Kansas City. As an artist with a lifelong appreciation of jazz, Myles first displayed his work publicly in the exhibition Ella: First Lady of Song at the American Jazz Museum in 2012. Myles soon began devoting more time to the American Jazz Museum, and he became interested in curatorial work while assisting with the planning, design, and marketing for the permanent collection, as well as for the exhibitions Beyond Words and American Sabor: Latinos in U.S. Popular Music. 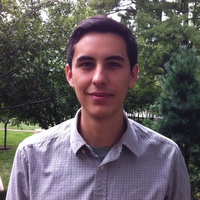 Issac Logsdon attends the Kansas City Art Institute and plans to major in art history and ceramics. Issac participated in a number of exhibitions in or near Louisville before beginning classes at KCAI, including St. James Court Art Show, 2012; Norma E. Brown Gallery, 2013; Vault 1031 Gallery, 2013; Kentucky Museum of Art and Craft, 2013; Carnegie Center for the Arts, Parade (solo show) 2013, with more to come. Issac is an avid traveler; in the past year he visited Louisville, Red River Gorge in Kentucky, San Diego, Chicago Milwaukee, Cincinnati, Fort Collins, Colorado Springs, Taos and Albuquerque. 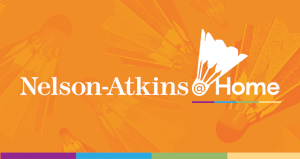 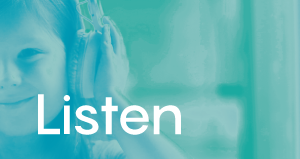 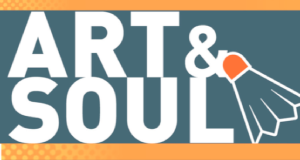 Members are the Art & Soul of the Nelson-Atkins. JOIN TODAY!