Walking Wall completed its journey on Wednesday, December 4, inching into the Bloch Building to create a permanent sculpture that appears to walk from the Sculpture Park into the museum through a glass wall. Kansas City has celebrated artist Andy Goldsworthy and his crew of craftsmen as they hand built the wall in stages, starting in March 2019.

In a conversation with Goldsworthy, Director & CEO Julian Zugazagoitia asked him, “What is the work of art? Is it the stone wall?” It is partly that, Goldsworthy said, but it is also the stories that came from the project, the pathways in the grass, the obstruction the wall caused, the energy from all who embraced it, and the memories that people will hold.

Goldsworthy’s project at The Nelson-Atkins Museum of Art fulfills his long-held vision to build a stone wall that moves across the landscape. He and his crew hand built the wall in five stages, then moved it stone by stone across the museum landscape.

Walking Wall was commissioned by the Hall Family Foundation in honor of Morton and Estelle Sosland.

For groups interested in learning more about the artwork on view in this exhibition, please request a Modern & Contemporary Art Collection tour and request in the notes that the exhibition be included as part of the tour. 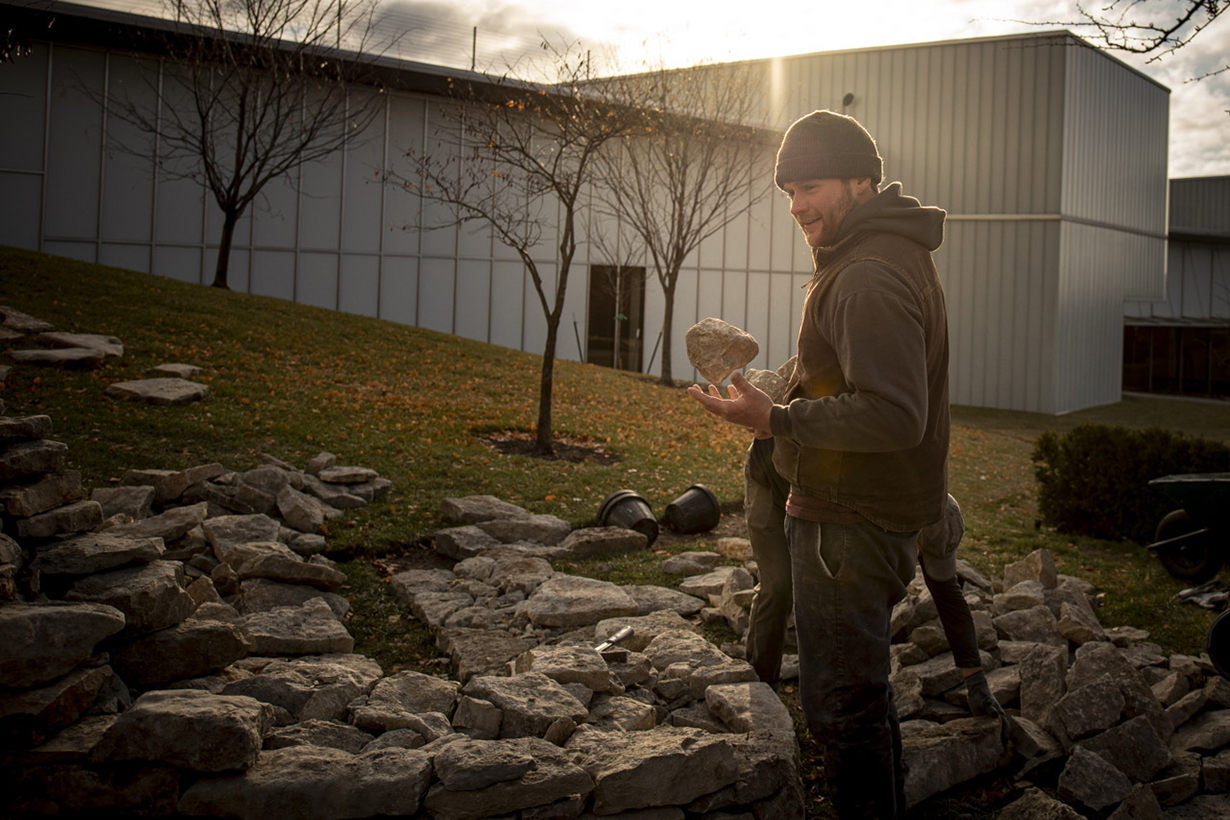 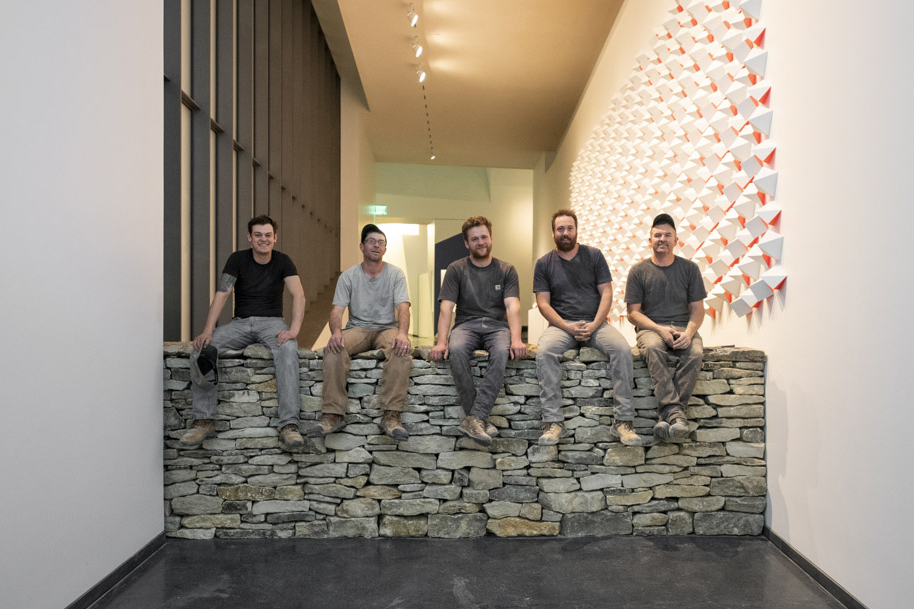 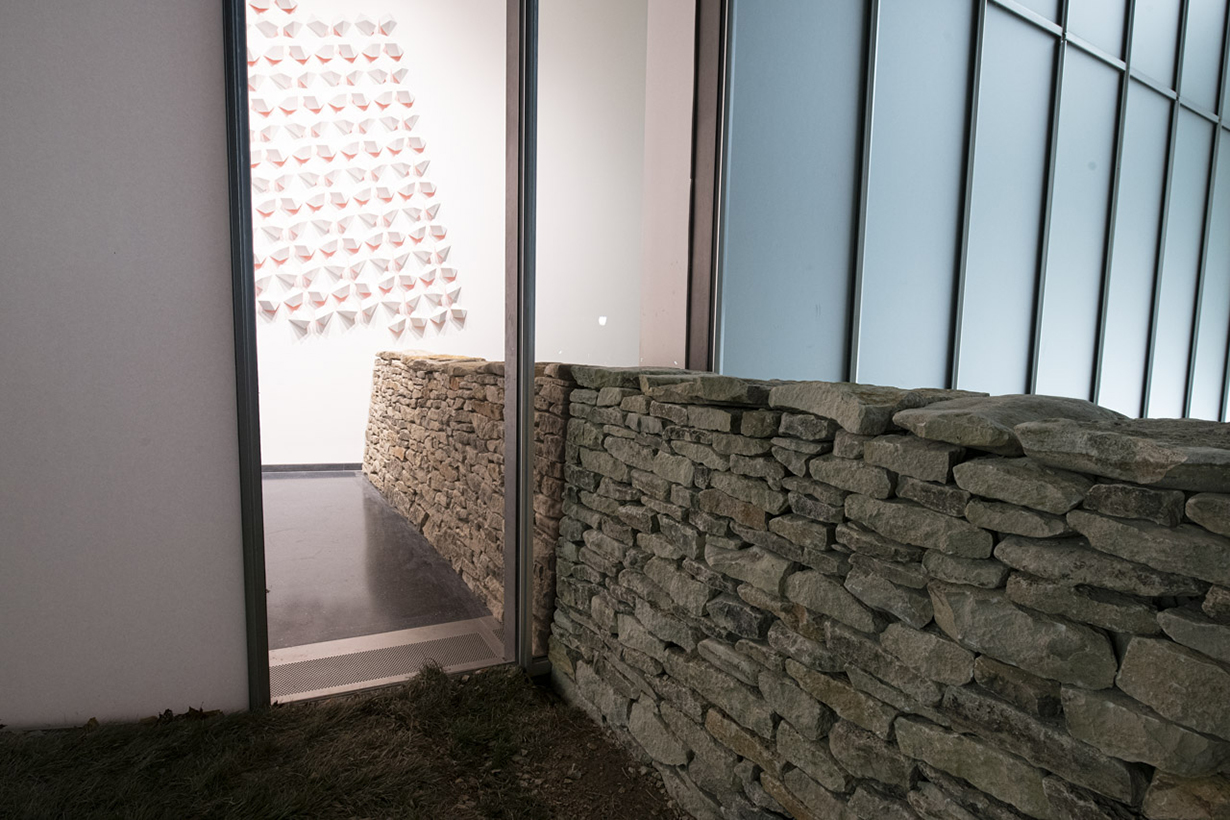 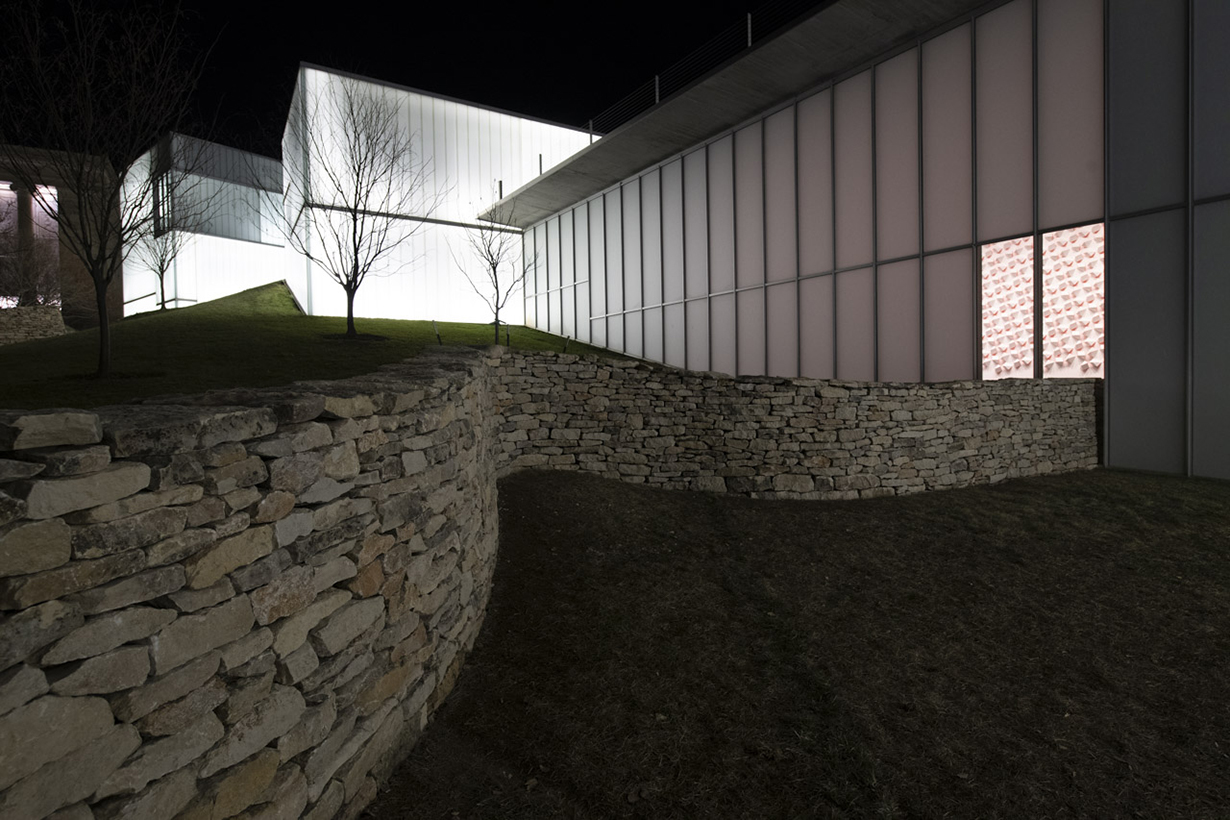 Goldsworthy’s artistic concept for the Nelson-Atkins project is expressed by a poem called Wall by the late Norman Nicholson, which reads, in part: 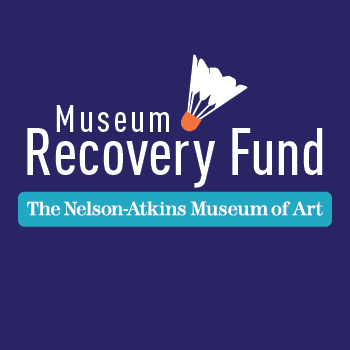 We miss you in the galleries. Though we are temporarily closed to prevent the spread of the coronavirus, you can still support your museum.

Please donate to the Museum Recovery Fund. Your support is more critical than ever and helps us continue to meet our commitment to our staff and community.